Start Allgemein Interviews Interview with Kakeru Takamine, the author of How to Melt the Ice...

To celebrate the international release of the light novel How to Melt the Ice Queen’s Heart, I had the pleasure of speaking with Kakeru Takamine and asking him a few interesting questions about them and their work.

Kakeru Takamine’s debut work will be released in English in early June via Spanish publisher Tentai Books. Takamine-sensei is not only active on Twitter besides being an author. They also inspires fans as a Virtual Ytuber by the same name.

Hello Takamine-sensei and thank you for taking the time to do this interview with me to celebrate the international release of How to Melt the Ice Queen’s Heart in early June. How to Melt the Ice Queen’s Heart is being released in English for the first time outside of Japan. How does it feel to know that light novel enthusiasts from all over the world are going to read your work soon?

I am very happy that my work will be read all over the world, but it doesn’t feel real to me at all. It feels more like a dream.

Everything began seemingly in September 2019, when you published I Want to Live Together with You on Syosetu, a platform for novelists. Just a month later, the first two chapters of How to Melt the Ice Queen’s Heart appeared. Had you had the basic idea in mind for a while?

When I decided to write a novel, I just wrote whatever came to mind. So it’s not that I had the idea for a long time.

Why did you decide to write a novel and not a manga? What is the appeal of writing a book?

Manga and novels are two completely different media. A manga tells the story with pictures, a novel with words. I can’t draw, but I can write. That’s all there is to it.

The attraction of writing a book is something I don’t know myself. (Laughs)

Where did you get the inspiration from? Do you have any favorite manga or novels? Or have you experienced a similar situation?

I love manga, so they have had a great influence on me. I never had similar experiences. Reality is reality and fiction is fiction.

You made it through 10,000 applicants and received an award at the Syosetsu Net Award. How did you feel when you received the award?

To be honest, I was very convinced of my work, so I was not surprised at all. But when I received the notification about the award, I was still incredibly happy. Since this was my debut work, it was a very special moment.

How much does the light novel differ from the web novel? Was the editor in charge of Futabasha able to give you any valuable tips for the story?

There are, of course, differences between the Web Novel and the printed edition. When I revise the manuscript, I try to get more out of the good parts. There’s also a bonus chapter and additional scenes. My editor has given me some good tips, but I can’t give any specific ones here.

It’s difficult for outsiders to get a sense of how mangaka or writers work with their assigned editor. Can you provide some insights on that?

A writer is usually assigned a single editor. When the writer is ready with the manuscript, he sends it to his editor. The editor then reads it and gives some hints. This is repeated until the best possible work has emerged.

While you are the creative mind behind How to Melt the Ice Queen’s Heart, Kagawa Ichigo drew the illustrations. Did you have specific requests for the cover or the images in the book?

You’ve been very active on social media lately (Twitter, Reddit). How important is the interaction with fans to you?

The exchange with my fans is very important to me. An author is nothing without his fans. Thanks to social media, nowadays you can get in touch with fans from all over the world. I don’t want to miss out on this opportunity.

In early April, you shared the news on Twitter that Futabasha decided to discontinue How to Melt the Ice Queen’s Heart after Volume 2. How did you take the news, and why did Futabasha make that decision?

I was so heartbroken that I cannot put it into words. Because although the story is still going on, I can’t tell it to my readers now. There’s usually only one reason for abandoning a title: it didn’t sell well enough. It’s as simple as that.

Are there any tips you could give to other novelists? What should you pay particular attention to?

There is nothing specific. I think everyone should write the way they want. That’s just the creative process. Above all, I’m not yet such an experienced writer that I could give others tips.

There are currently many successful anime based on light novels. Which voice actors could you imagine for the two main characters in a future anime project?

I don’t know much about voice actors, so I don’t have any specific ones in mind, but I would like them to fit the characters perfectly.

Do you already have plans for a new story?

I already have a lot of ideas! More than a hundred. But it’s complicated to put them into a work. It takes an incredible amount of energy to write novels. At the moment, I’m focused on How to Melt the Ice Queen’s Heart.

Is there anything you would like to say to readers in and outside Japan?

I’m in daily contact with my fans in Japan, so it’s probably not necessary to say anything to them here.

I would like to ask my fans overseas not to miss reading the English edition. I’ve heard that fantasy is very popular abroad. How about RomCom for a change? I really hope you enjoy my work.

Thank you for the interview, Takamine-sensei!

How to melt the Ice Queen’s Heart will be released in English in June 8th with an MSRP of 9,99$. Extras include a bookmark and Polaroid-like picture of the main protagonist, Fuyuka. You can order it via Amazon or the Online Shop of Tentai Books. 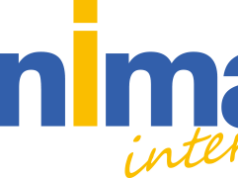 Animate International about COVID-19 changes, expansion plans and the past year